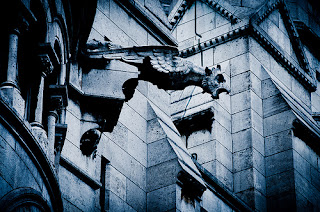 What people do is act according to their fear and then rationalize their religion to suit.

This is why much of the Church is inadequate but no one ever admits it.

People have a fear of those who are different or those who have greater needs.

But, rather than confronting their fears, they hide behind a facade of respectability.  They may even say they are helping when they are not.

So they lie.
They lie to you and they lie to themselves.

Then no one will ever know.