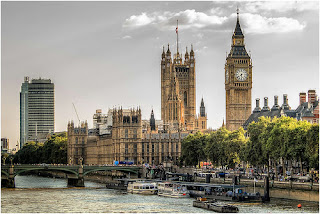 The problem, as I see it, is that the powers and authorities which rule our world do not reflect the nature or the will of God.

These powers and authorities, which include most of the Churches, are hardline right-wing conservatives.  They invoke harsh penalties to keep humanity in line.

They have little faith in the benevolence of God.
And they certainly don't reflect the Love of God.

Humanity is wicked, they believe, and needs to be threatened to keep them from hell.

This may well be the case.

But God is loving.

He always gives us another chance.

What could be further from our experience of power and authority in this world?

So when religious people talk to you about authority be sure that you know what kind of authority they are talking about.

For the ultimate authority is Love.