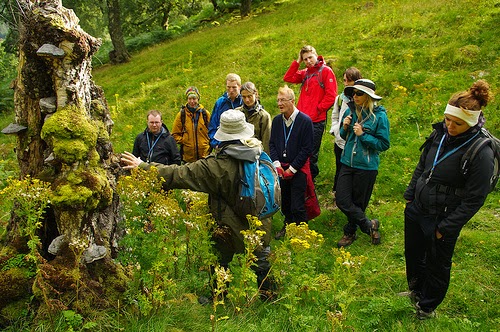 God is a master of recycling:

Salt water is distilled by the sun into fresh rainwater for plants, animals, and humans.

Everything is interconnected in a masterpiece of recycling.

We are part of this ecology.

We must remember that.

And respect our place in it. 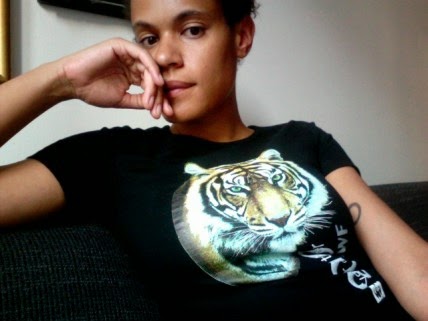 When walking the streets I often come across people wearing t-shirts with pictures of wild animals - tigers, leopards, panthers, wolves.....

Not only this but we are continually subjected to television documentaries showing wild animals eating each other and copulating.

This gives a false impression of nature and life.

The people who are wearing the wild animal t-shirts are showing that they consider their environment to be threatening - a jungle - and therefore need to display threatening images to survive.

This is not necessarily due to the television documentaries but everything conspires to make us compete with others.

Jesus was gentle - meek and mild.

He was depicted as a lamb.


Photo Credit: http://twoforfashion.otto.de/impressum via Compfight cc
Posted by Michael E East at 18:28 No comments: Links to this post

The Devil and the Deep Blue Sea. 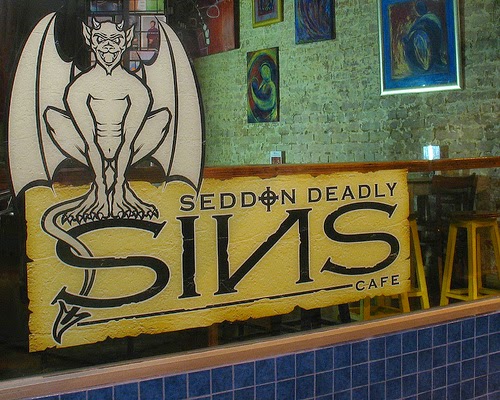 The situation that we find ourselves in is not black and white, good and evil.

We find ourselves between the devil and the deep blue sea, i.e. between evil and blindness and prejudice.

This is the evil of Satanism in our popular culture which pulls strings from behind the scenes to turn us against God and His Church and lead us into temptation.
And the deep blue sea of blindness and prejudice in His Church.

Because the process of life is one of learning or enlightenment the alternative to evil on earth is not good but ignorance or darkness.

This is double trouble.

Our job is to enlighten both.
To deconstruct evil by exposing its lies and errors.
And to enlighten His Church by shedding light on hatred and prejudice and corruption.

There is no devil, no hell.

God is goodness and mercy and love for all.


Photo Credit: RavenFire via Compfight cc
Posted by Michael E East at 18:57 No comments: Links to this post 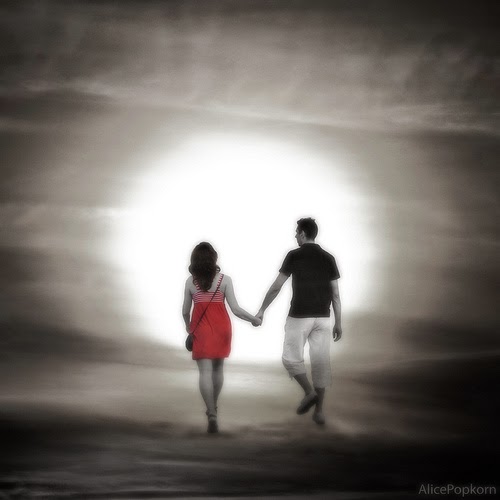 Have you noticed how elements within the popular culture paint all sex as bad.

This is not a healthy way to think about sex.
And it is propagated by those who do not have our best interests at heart.

Sex should be associated with images of life: flowers, bird and bees, hearts, love etc..

This will create good sex.

Sex which is associated with God as the author of life.

We should not fall into the trap of playing off spirit against flesh.
As if one excluded the other.

Sex is life itself.

We can give thanks for that.


Photo Credit: AlicePopkorn via Compfight cc
Posted by Michael E East at 16:16 No comments: Links to this post 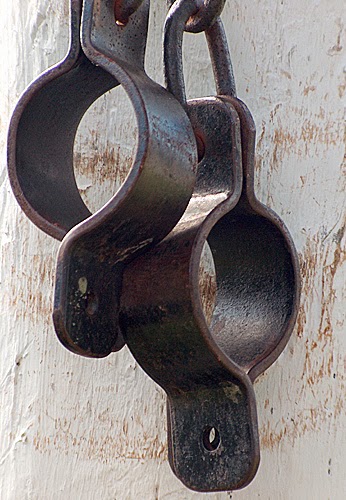 No matter what the sentence handed down by judges for crimes the media call for harsher penalties.

This seems always to be the case.

Why do corporate plutocrats and media moguls want harsher penalties?

They whip up fear and hatred against evil and play a dangerous blame game.

Is this just an exercise in power?

There is more to it than that.

Because they believe in the power of punishment and fear they believe that being soft on crime will lead to increased violence and robbery against them (the rich).

Any talk of rehabilitation or reform is ridiculed.

The headlines scream "Burn in Hell!"

Fear is a great motivator.

But fear is not the way of God.

Cry out to God and He will deliver you.

So what happened to peace and love?

We were betrayed by our rock legends.

From the early 1960s onward rock musicians have been selling their souls to the devil and practicing covert Satanism and black magic in their music.

I know this sounds incredible but their practices are well disguised.

Peace and love became sex and drugs and rock and roll.
This was thought to lead to death - the death to God that st. Paul calls the wages of sin.

We were all steered in the direction of hell.

This combined with the counter-revolutionary events of the 1980s to see the end of peace and love.

But it has reappeared in the form of Progressive Christianity.
The Gospel of Love as taught by the historical Jesus has re-emerged as the cornerstone of the New Temple - the home of the New Paradigm.

It is not rock music that will save us but the teachings of the historical Jesus.


Photo Credit: JD Hancock via Compfight cc
Posted by Michael E East at 16:01 No comments: Links to this post

The Gospel of Love. 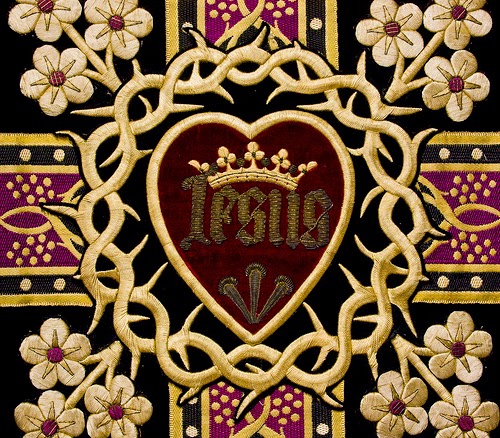 In 1979 I set out to find out what was wrong with the world.

It seemed to me that the world's religions were well established - Christianity had been around for nearly 2000 years - democracy was the government of the land, and peace and love were the songs of the popular culture.

But something was wrong.

No one was happy.
And nothing seemed to work.

After studying Egyptian and Greek mythology (the former to discover why they were always smiling) I returned to the Bible and Christianity.

This was the 1990s when the New Reformation of Christianity was beginning.
It began with the Bible and how we interpret it.
It went on to seek the historical Jesus and arrived at the Gospel of Love that Jesus taught.

I discovered that the problem with the Orthodox Christianity I had been taught as a youngster was that the message of unconditional love and forgiveness from God had been modified by the bishops to suit the needs of the rich and powerful.

Therefore, instead of the Gospel of Love, we had the religion of rewards and punishments based upon moral rules and imperatives.

This situation exacerbated what was wrong with the world - i.e. that there was not enough love - fear had replaced love at the heart of the religions of the world.

As for the popular culture - that's another story.

Photo Credit: Lawrence OP via Compfight cc
Posted by Michael E East at 16:51 No comments: Links to this post 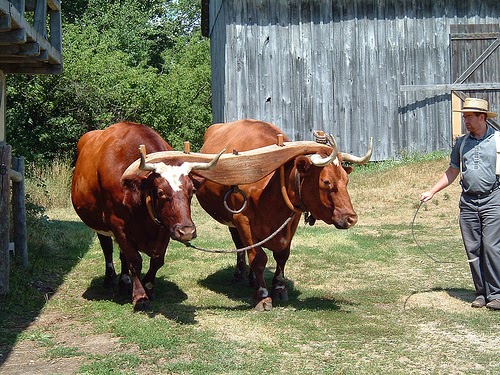 "Look, you serve your own interests on your fast day,
and oppress all your workers."  Isaiah 58:3 (NRSV)

"Is not this the fast I choose:
to loose the bonds of injustice,
to undo the thongs of the yoke.
to let the oppressed go free,
and to break every yoke?"
Isaiah 58:6 (NRSV)

Could it be that Isaiah was a Marxist?

He could have been talking about our corporate masters today.

Does God really desire to break every yoke?

Will He deliver us if we cry out to Him?

Let God perform a miracle and deliver you from your oppressors.

Photo Credit: bcmom via Compfight cc
Posted by Michael E East at 16:27 No comments: Links to this post 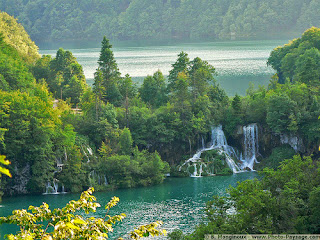 I was born into a desert
of suffering and fear.

I found an oasis
of relationship and art.

I descended into the underworld
of power and evil.

God lifted me up.

And at the end of my searching
I found the Beloved.

And opened my heart
to find a land
flowing with milk and honey.


Photo Credit: B.Monginoux / Landscape-Photo.net via Compfight cc
Posted by Michael E East at 18:06 No comments: Links to this post 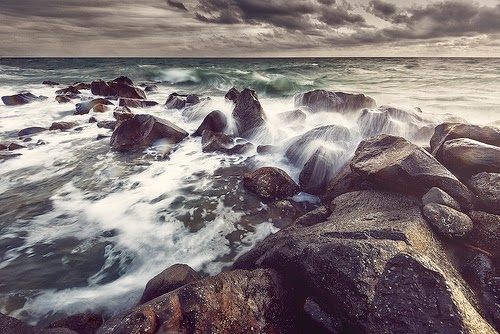 Unless we recognize that rock music is the domain of Satanism our hopes for the Age of Aquarius are in vain.

Because if rock musicians are allowed to infiltrate and influence Progressive Christianity they will wreck it and damn it to hell.

The problem is that most Progressive Christians don't believe in Satan and they erroneously believe that therefore there are no Satanists.

Heaven forbid that their rock legends are evil.

But this is indeed the case.

Rock musicians are like sirens luring us onto the rocks.
They divert us from our purpose and tempt us to transgress.
Then they pull the trigger and damn us to hell.

But there is no hell.
God punishes no one.

The damage done, however, remains.

Unless we steer clear of rock music our cherished dream of an Aquarian Age is on the rocks.


Photo Credit: Daniele Zedda via Compfight cc
Posted by Michael E East at 17:59 No comments: Links to this post 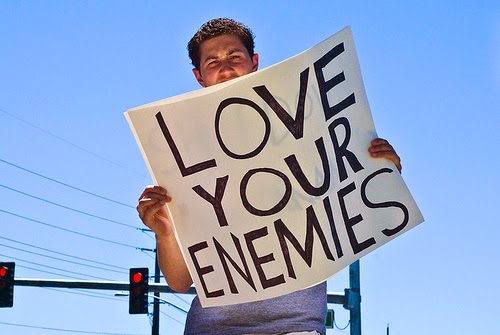 What then does it mean to love your enemies?
If my enemy is not my enemy but fear.

My enemy's motivation is fear.

To love them thus means to liberate them from the power of their fears.

This can be done by asking, "What are you so afraid of?"

They may think about it and come up with fear.

Otherwise we can pray for them to recognize and be released from their fears.

This is a blessing.

It may not be immediately apparent what fear lies beneath your enemy's hostility.
But fear it will be.

So then, when we see that the source of our enemies' attacks is fear, we can begin to love our enemies.


Photo Credit: Shrieking Tree via Compfight cc
Posted by Michael E East at 22:35 No comments: Links to this post 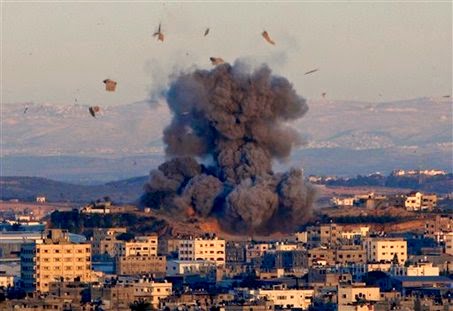 "'Do not bear a grudge against anyone, but settle your differences with him, so that you will not commit a sin because of him.  Do not take revenge on anyone or continue to hate him, but love your neighbor as you love yourself.  I am the Lord.'"  Leviticus 19:17,18 (GNB)

I have used the Good News Bible translation for this quote because it better expresses God's universal forgiveness.

If only the Israeli government followed this commandment of God the Middle East might be at peace.

I have heard political leaders in Israel say that their religion does not require them to love their enemies.  But passages such as the one I have quoted above point in that direction.  Certainly the eye for an eye philosophy is contradicted here and elsewhere.

But they don't believe that God will answer them.
So they attack and launch vicious reprisals.

This passage is the second commandment referred to by Jesus when asked what is the greatest commandment.  The first is to love God with all your heart, soul, and mind.

So don't say that you are not required to love your enemies.
Even the Old Testament points in that direction.

Photo Credit: jimforest via Compfight cc
Posted by Michael E East at 04:26 No comments: Links to this post

My Enemy is Fear. 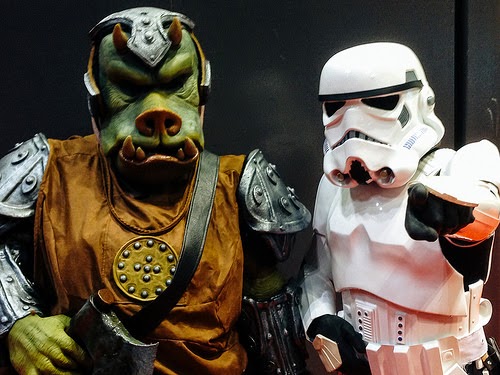 What is it that stops us loving each other?

Fear of being hurt, fear of ridicule, fear of rejection, fear of humiliation.....

And who is my enemy?

My enemy is afraid.

So my enemy is not my enemy.

My enemy is fear.


Photo Credit: spablab via Compfight cc
Posted by Michael E East at 18:40 No comments: Links to this post