Do you find that the things you were taught as a child about God and life come into conflict with what you are being taught in school and college?

You are not alone.

There is an answer.

Progressive Christianity, which is based on up to date Biblical scholarship, offers a way of reconciling what the Bible teaches with modern scientific facts.

This method of reading the Bible gives us leeway to harmonize religious beliefs with science.

Not everything that was written in the Bible is absolute fact.
Because the Bible was written by human beings in response to God it contains errors which are due to human assumptions.

For example: when God reveals His holy name to Moses - "'The Lord, the Lord, a God merciful and gracious, slow to anger, and abounding in steadfast love and faithfulness, keeping steadfast love for the thousandth generation, forgiving iniquity and transgression and sin,'"  Exodus 34:6,7a (NRSV)

There is added on the end - "'yet by no means clearing the guilty, but visiting the iniquity of the parents upon the children, and the children's children, to the third and fourth generation.'"  Exodus 34:7b (NRSV)

This last was added on to the holy name of God because the writer of Exodus 34 could not transcend his worldly ideas of natural justice.

This passage is refuted in Ezekiel 18.

Likewise the myth of Adam and Eve was created to explain why men toil and women suffer in child birth.
The idea that humankind is fallen from a state of perfection in the past is in conflict with the scientific facts about how the universe and humanity evolved.

To read this as myth rather than literal history gives is leeway to accept the scientific facts about creation and still believe in God.

So there is an answer.


[Scripture quotations (marked NRSV) are taken from the New Revised Standard Version Bible, copyright 1989 by the Division of Christian Education of the National Council of the Churches of Christ in the U.S.A., and are used by permission.  All rights reserved.]
Posted by Michael E East at 19:20 No comments: Links to this post

Where did that come from?

Perhaps it derives from Romans where St. Paul claims that God gave people up to sins because they did not honor Him as supreme.
They became stupid and homosexual.

This, of course, is nonsense.
And it paints a very peculiar image of God.

I am prepared to say that St. Paul was mistaken.
His logic is erroneous.
His list of evils which follows is offensive, and he says they deserve to die.

This is not the God which I know.

As an openly gay Christian who enjoys full membership of the Uniting Church in Australia, I worship the God of Love who has no prejudices against gay people.
Quite the contrary, I experience help and support from the divine for my sexuality.

So, despite the fact that some Christians consider that because I am gay I must be full of wickedness and evil, I know that God supports gay and lesbian people in His Church.
Posted by Michael E East at 18:03 No comments: Links to this post

The great issue of our time is gay rights.

Just as Christians used the Bible to support slavery, so we are constantly confronted by Christians quoting archaic Old Testament texts that condemn homosexuality, and the writings of St. Paul which are full of prejudice and disgust.

As we move into the 21st century people are becoming more and more impatient with those who rely on such texts to support their prejudice.

For Christianity it is the final nail in the coffin.

If Christians do not change and condemn such prejudice then the religion of Jesus will die.
It cannot support the weight if opinion against what its adherents are doing.  It is offensive.

In Africa, Russia, and India gay people are being scapegoated in the shadow of AIDS.
The persecution and torture of gay people has a distinctly religious quality to it.

But the momentum of the Age cannot be reversed.
Aquarius governs homosexuality.
The Age of Aquarius will see the acceptance of gay relationships and gay marriage as a natural part of the diversity of life.

Homosexuality occurs in nature.
King penguins and orange-breasted parrots have high numbers of same-sex couples.
Fruit flies can change their sex when needed.

It is just one expression of God's good creation.

And as such should be celebrated.
Posted by Michael E East at 15:57 No comments: Links to this post 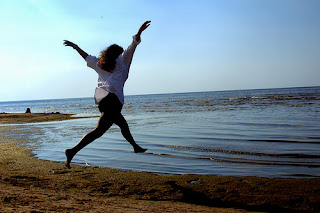 If we follow the human image of God over the ages we will notice that it evolves.

From the Old Testament Yahweh who protected and punished the Israelites, and required blood sacrifices to atone for their sins.
To the New Testament universal God who was said to punish Jesus as a final sacrifice to atone for the sin of Adam, thus redeeming humankind.

The New Testament, however, also contains an image of God as a loving Father, who forgives and reconciles His children on earth.

2000 years has passed since the time of the New Testament.
Humankind has evolved during that 2000 years.
We are now entering a New Age.

Humanity no longer accepts the idea that God required Jesus' suffering and death to atone for the sin of Adam.
We no longer accept that Adam's sin was responsible for the suffering of humanity.
These concepts are offensive.
They insult God and humanity alike.

The time has come to reject these concepts and their brutal image of God.

The loving, merciful God that Jesus showed us is the essence if the New Paradigm.

This is the time of the Great Leap Forward for humankind.

We can move forward into the New Age and leave the old image of God behind.

Falling in Love With Love.

But Progressive Christians tend to depersonalize God.
They think in terms of energies and forces, the universe and everything.

It is difficult to love an abstract concept.

If, however, we say that God is Love, we can solve the problem by falling in love with Love.

Love is an abstract concept, but it is also tangible.
We can relate to love as something we can experience.

So, rather than wasting our time trying to love something intangible, we can relate to God as Love and fall in love with Love.

Posted by Michael E East at 19:37 2 comments: Links to this post

Rather than being a moral wowser the Church should be a place of healing.

We should give love to all those we encounter.

This love will heal the wounds of hatred and fear.
It will be a healing balm to the broken-hearted.

And we can turn to God without fear or anxiety.
Knowing that He is the source of Love.

And the Father of us all.

Posted by Michael E East at 15:17 6 comments: Links to this post

God is not the arbiter between interest groups on earth.

He will not adjudicate in favor of Christians or Muslims.

He will not punish losers.

No one will win.

Jesus said to settle disputes with each other before approaching God.

This is why there is no solution in the Middle East.
Each side is trying to claim victory in God's name.

There will be no victory until both sides recognize that they are brothers and equal in the sight of God.

This applies to all conflicts on earth.

Peace on earth and goodwill to all.
Posted by Michael E East at 17:51 No comments: Links to this post

Often we make the mistake of thinking that being violent, vindictive, or malicious is being strong.

These things may make people fear us and therefore not attack us or bully us, but they make a bully of us in turn.

People who are really strong - i.e. people who know who they are and are not afraid of others - are gentle and loving.

We can make the mistake of thinking that life is about being stronger than others.

This is not true.

Life is about loving others.

We come into this world to learn how to give love.

So do not fall into the trap of seeking to be stronger than others.

Give up your fear and open your heart.

Then you will begin to live.
Posted by Michael E East at 17:03 No comments: Links to this post

In the Old Testament heaven seems merely to refer to the sky.

It was God's abode.

But it does not appear to be the destination for ordinary souls.

Elijah ascended into heaven (the sky) in a fiery chariot.
But this was a special event.  It did not happen to others.

My concordance records no references to hell in the Old Testament.
Instead it refers to Sheol.

Sheol would appear to be under the earth and was the habitat of souls after death.
Here the departed lived a shadowy existence something like the shades of Hades.
But it was not a place of eternal fire and torment.

The first references to hell appear in Mark's Gospel - written about 60-70 CE.
This appears to have developed from the idea of eternal life found in Jesus.
Jesus ascended into heaven and prepared a place for his followers there.

So the logic goes that unbelievers or heathens must go to a place of eternal punishment.
If there is a heaven that you can go to then there must be a hell also.

But hell is totally out of character for the loving God of Jesus.

It is very much the stick to heaven's carrot for those who have no faith in human nature.

It is more to do with controlling sinful humanity than understanding God.

So, just as hell appeared after Jesus' death, so may it disappear after the end of Christendom.

The time has come for humanity to discard the baggage which grew up around the Christ and settle for the Love of God and forgiveness for all.
Posted by Michael E East at 17:29 No comments: Links to this post