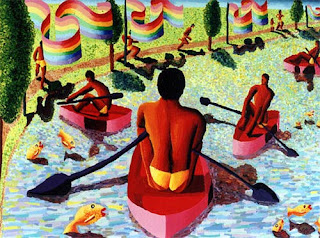 In some ancient cultures people who did not marry were regarded as spiritual.

In the ancient Jewish culture the Nazir was a person set aside for God.

In Isaiah 54 & 56 God espouses those who did not have children.

The Berdache, or Two Spirits, of the North American Indians were special priests who guarded the spirits of the tribe.

So perhaps instead of demonizing LGBT+ people we could look upon them as having some special function in the Kingdom of God.