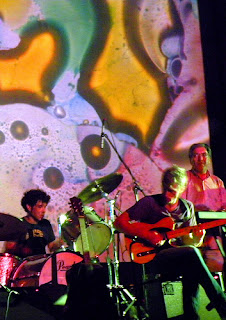 I read on the Internet about a new play which is about L.S.D..

The author is suggesting that we need a new wave of drug taking in our world.

This is Satanism preparing the Millennials for the horrors of drug abuse.

Satanists, mostly in rock music, inspired the Baby-Boomers to take drugs and engage in promiscuous sex.

Sex and drugs and rock and roll ruined a whole generation.

And now they are doing it again.

Because the Millennials have planets in Aquarius - the negative interpretations of which are drug abuse and promiscuous sex - they have designed their hell.

So don't be fooled into thinking that drug taking is O.K..

It leads to squalor, degradation, and mental illness.