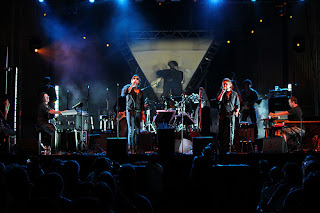 After the disaster of the 1980s the Hippie Generation experienced something of a revival in the mid-1990s.

Unfortunately what happened was that the rock stars of the 1960s returned to something of their former prominence but the idealism and aspirations of the Hippie Generation were not restored.

They were merely Back in Black.

Now they just enjoy themselves as others do.

Holidays, shopping, must-see T.V., sports, and nostalgia are all that is left.

Some of their children have inherited their ideals and become active on the Internet.

It is up to us to support them and revive the social movement that is dormant among us.