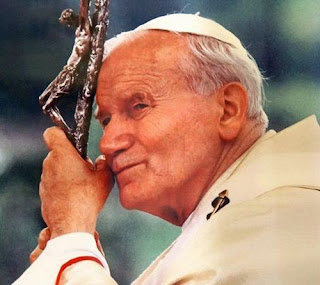 The Religious Right has corrupted itself by siding with right-wing plutocrats in the corporations.

In exchange for the money and power which was on offer they sold the Holy Spirit to the corporations and their allies Generation X.

This is spiritual corruption.

It began when Pope John Paul II sold out to Ronald Reagan's plot to defeat Communism in Russia.

Reagan used Satanic rock bands to foment rebellion in the youth and the Holy Spirit from the Church to break the atheist Commies.

This was spiritual corruption.

And the right-wing political machine made Generation X their most preferred nation.

While condemning the left-wing Baby-Boomers as agents of Satan.

But this is backwards.

Generation X are self-professed bad guys and they openly side with the devil.

The Hippies and Baby-Boomers still believe in a benevolent God.

It was their rock stars that practised Satanism not the Hippies themselves.

So to attempt to give Generation X a spiritual blessing as well as the material advantages they received from the plutocrats is in fact to bless the devil and curse the good.

But because the good are in favor of equality and the redistribution of wealth the plutocrats hate them and try to use the Church to damn them out of spite.

This is where the Religious Right have corrupted themselves for power and money.

They have sold out the Holy Spirit.

And corrupted their faith.