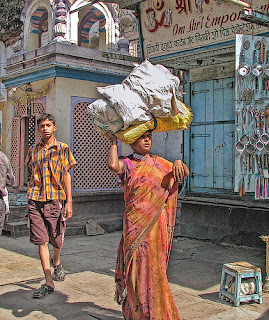 Modern scholars have said that the word eunuch was used in the ancient world to describe any man who could not have children.

This was said to include men with a homosexual orientation.

This is quite important because the only possible reference to homosexual men that is attributed to Jesus uses the word eunuch.

Now it is evident that Jesus was not merely talking about men who had been castrated because no one is castrated for the sake of the kingdom of heaven.  This refers to voluntary celibacy.

So if we take the wider interpretation of the word eunuch to include homosexual men then Jesus is saying that some men are born homosexual.

This is important because St. Paul's objection to homosexual acts is based on the false premise that those who act in homosexual ways are perverting their natural God-given heterosexuality.

So Jesus' attitude is in line with our modern understanding of homosexuality.  That some men are born with a homosexual orientation.

Therefore they are acting in a way that is perfectly natural and good to them.

If we can accept that homosexuality is a part of the diversity of God's good creation then there can be no further objections to homosexuality in religion on moral grounds.


{Scripture quotations (marked NRSV) are taken from the New Revised Standard Version Bible, copyright © 1989 by the Division of Christian Education of the National Council of the Churches of Christ in the U.S.A., and are used by permission,  All rights reserved.]