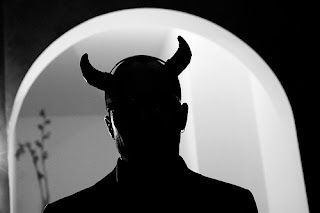 Despite the dubious reputation of conspiracy theories in our world I believe that there is an international conspiracy.

This is the conspiracy of Satanism which began with the rock bands of the 1960s and has spread throughout the music industry and to movies, T.V., literature, and sports.

What can be seen is just the tip of the iceberg.

These are the visible symbols of a huge negative influence much of which is subliminal and subconscious.

There is no devil in reality but the damage remains.

So unplug your earphones and turn off the T.V..

Pray to God in secret.

And He will deliver you.